Audio Interface vs DAC: Everything you Need to Know 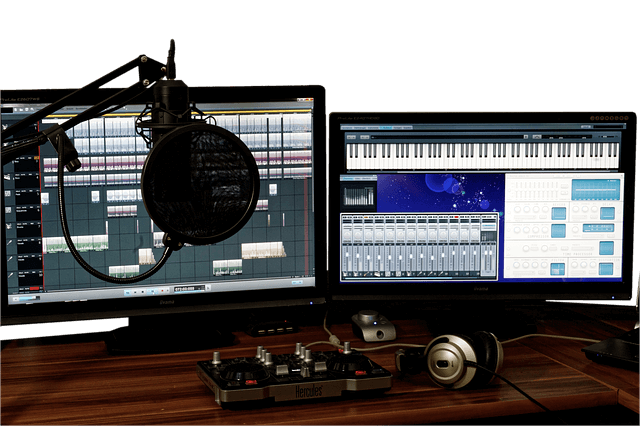 Are you confused about the difference between an audio interface and a DAC (digital-to-analog converter)?

Did you know an audio interface has a DAC, but there are standalone DAC units designed specifically for high-quality digital-to-analog conversions?

But how is a DAC different from an audio interface?

And do you need one for music production?

We’ll answer these questions and more.

3 Differences Between an Audio Interface and a DAC

An audio interface has a built-in DAC. But unlike a standalone DAC, it also has an analog-to-digital converter (ADC).

An ADC receives analog signals from inputs and converts them into digital signals for your computer.

Conversely, a standalone DAC doesn’t have an ADC. Therefore, it isn’t capable of recording audio.

Since an audio interface can record audio, it’ll come with XLR and 1/4-inch inputs for mics and instruments.

Latency is the time it takes for an audio signal to enter your input and remerge through your output.

For example, when you sing into your microphone and hear a slight delay in your headphones, that’s latency.

Naturally, latency will always be present.

But an audio interface can make it unnoticeable, especially with direct monitoring enabled.

With direct monitoring, you’ll hear the direct signal from inputs.

As a result, you’ll reduce latency to nearly zero – since your audio signal doesn’t have to travel through your computer.

On the other hand, manufacturers rarely design DACs with low latency playback in mind.

But for audio and music production, an audio interface is the better choice.

There’s a wide range of DACs available – from inexpensive units to units that can run you a few thousand.

You’ll find that audio interfaces are generally more affordable than DACs and come with more features for production.

A DAC may be worth the expense. But only if you need to improve sound quality for listening purposes.

2 Similarities Between an Audio Interface and a DAC

1. Both can Convert Digital to Audio

Both audio interfaces and DAC can convert digital files into analog signals.

Audio interfaces have built-in DACs. But there are also standalone units that specialize in D/A conversions.

2. They Both Improve Playback Quality

Both DACs and audio interfaces produce high-quality playback from your devices.

They’re both an improvement over playing music directly through your everyday devices.

Since they specialize in D/A conversions, they can accurately produce audio signals from computer data.

In other words, the high-quality D/A converters can recreate audio signals without altering frequencies.

As a result, your playback audio will be transparent.

In contrast, lower-quality D/A converters in other devices tend to alter frequencies and add distortion.

Audio Interface vs DAC: Which is Best for you?

An audio interface is the best choice for audio and music production.

A standalone DAC, however, is ideal for listening enjoyment purposes.

Chances are, if you make music, you love listening to it.

A DAC unit is a great option if you’re looking to improve sound quality from your home sound system or smartphone.

Reasons to use an Audio Interface over a DAC

An audio interface is a must-have for audio and music production.

It’ll handle D/A conversions without the need for a standalone converter.

When to Choose a DAC over an Audio Interface

A standalone DAC can address various issues that arise when your device’s DAC is low quality.

Your computer, phone, and home stereo system each have a built-in DAC.

However, these devices don’t specialize in music production.

As a result, their internal DACs tend to be lower quality than the ones in standalone units.

You can grab a dedicated DAC unit if you’re running into playback issues. Or you’re just looking to improve sound quality from your devices.

Do you Need a Standalone DAC for Audio and Music Production?

You don’t need a separate DAC if you have an audio interface.

Most audio interfaces have quality D/A converters that sound just as good, if not better, than many DACs.

How do DACs Work?

Have you ever wondered how audio data on your computer, CD, or phone becomes sound?

The answer is a digital-to-analog converter (DAC)

DACs are the foundation of digital music.

They allow us to hear digital audio files.

In other words, DACs convert digital audio information into sound.

How Digital Files are Created

To explain how DACs create digital files, let’s look at what happens when you record vocals.

First, your mic converts vibrations from your voice into analog wave signals.

Then, an analog-to-digital converter transforms the analog signal into a digital file for your computer.

The analog signal represents a waveform where the Y-axis is amplitude (strength or intensity of a wave), and the X-axis is time.

Pulse code modulation is a technique an ADC uses to measure the amplitude of an analog waveform at regular intervals.

Then, it records this information as a sequence of 1s and 0s that your computer can understand and store.

The Role of a DAC: Convert Digital Files to Analog Signals

A DAC converts a digital audio file from its binary form to its original analog waveform.

From there, it sends the analog signal through to an amplifier so you can hear it through speakers.

A DAC doesn’t always convert digital signals into analog on a consistent timing sequence – which can cause clocking errors.

Some issues that can arise when using low-quality DACs are “Jitters,” Aisling, limited bitrate, and narrow dynamic range.

A quality external DAC can address clocking issues better than DACs in other devices.

What’s a DAC used for?

You’d want to get an external DAC to improve sound quality from your home system, computer, or smartphone.

A quality DAC will produce far better sound quality than what your computer’s sound card can – bringing more clarity to your playback audio and enhancing your overall listening experience.

How do Audio Interfaces Work?

An audio interface plays a significant role in recording and playback.

They can receive audio and turn it into digital files. And turn digital files back to audio to play through speakers.

As mentioned before, audio interfaces come with at least 1-2 inputs for microphones, instruments, or other audio devices.

An audio interface has built-in preamps with – corresponding gain controls – used to strengthen weak signals to the appropriate level for recording.

An audio interface also has a DAC that converts digital information into analog signals for playback.

The DAC sends audio through the main output – usually found on the back of your interface.

The main out is typically a balanced “L” and “R” ¼ inch connection. But sometimes interfaces come with unbalanced RCA outs.

It also routes audio to a headphone amp and through the headphone jack.

In general, an audio interface connects the tools you need to record quality music from home.

What’s an Audio Interface used for?

Everything you need to record and produce music runs through an audio interface.

It’s a bridge between your mics, instrument, speakers, and computer.

3 Other Ways to Improve Playback Quality Besides using a DAC

Are you unsatisfied with the playback quality in your home studio?

Here are three things you can do to improve playback quality instead of getting a standalone DAC:

1. Get a Headphone Amp

Does your headphone signal sound low or distorted?

If so, you may need a headphone amp.

They’re built in every audio interface, but there are specialized units as well.

One example where a headphone amp is useful is for high impedance headphones.

It indicates how much voltage a pair of headphones needs to perform optimally.

A headphone amp will help you get the most out of 100 to 600 ohms headphones.

2. Get a Better-Quality Audio Interface

Ultimately, expensive gear is pointless without a quality audio interface.

Keep in mind that the acoustic also affect sound quality.

[Here’s how audio interfaces improve sound from your studio monitors]