Full Guide on How Much RAM you Need for Music Production 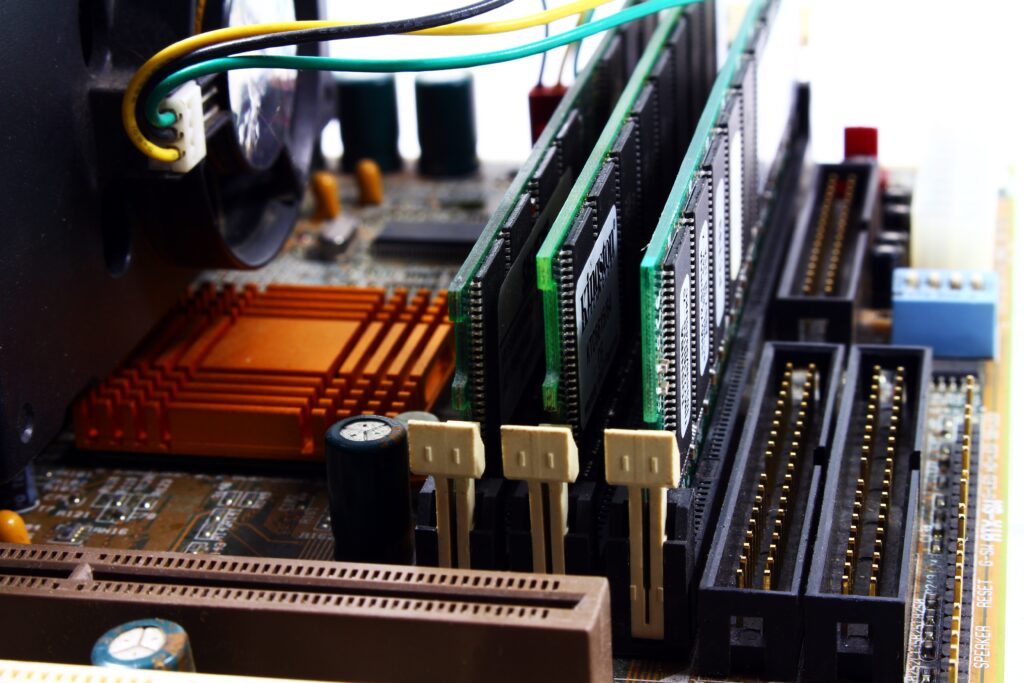 Are you trying to figure out RAM you need for music production?

Some suggest getting as much as you can afford, but if 64 GB is in your budget, does that mean you should get that much?

There’s no shortage of equipment and software you can buy as a music producer. So why waste money on more RAM than you actually need?

Let’s discuss what RAM is and why 16 GB of RAM is the sweet spot for most producers.

The average project will use between 2 – 5 GB of RAM in music production. Therefore we recommend a minimum of 8 GB. However, 16 – 32 GB of RAM is better if you rely heavily on plug-ins, use large sample libraries, and record audio.

Why is RAM Important for Music Production?

It influences how many tasks/programs/applications your computer can efficiently handle at once.

You’ll need a minimum of 4 GB of RAM for any production software. However, most DAW manufacturers recommend at least 8 – 16 GB.

Here’s a list of the RAM specifications for five popular DAWs:

How Much RAM Do you Need for Music Production?

You can accomplish a lot with just 8 GB of RAM.

Even with heavy plug-in use, the average project in your DAW will only use between 2 – 5 GB of RAM.

8 GB is all you need for a basic music production setup.

Plug-ins and VSTs rely mainly on the CPU, so it’s essential also to have a powerful processor.

[Check out the best CPUs for music production]

For example, let’s compare a hip-hop/trap producer and an EDM producer.

In hip-hop/trap, simplicity is preferred. The best beats have a maximum of 10-15 sounds.

On the other hand, EDM producers tend to have a more intensive workflow – layering sounds, adding transitions, and advanced mixing.

Because of the difference in production styles, a hip-hop/trap producer may only need 8 GB of RAM, while an EDM producer will benefit from having 16 GB.

Are you producing to leave space for an artist to record vocals on your beat?

You also have producers making beats for beat battles and trying to push every production to the limit.

These are factors to consider when deciding how much RAM you need.

In summary, if you plan to keep things simple, you can still accomplish a lot in music production with 8 GB of RAM.

If not, it’s better to give yourself some headroom and go with 16 GB instead.

[Read more for the best computer specs for music production]

16 GB of RAM: Ideal for Most Producers

16 GB is the perfect balance between not having enough RAM and having more than you need.

Many producers won’t come close to using 16 GB of RAM, but it’s still beneficial to have it just in case.

When purchasing a new computer, you want it to last for at least the next 3 – 5 years.

None of us know the kind of producer we’ll develop into within that time.

It’s better to have more than you need than not having enough.

These days many producers are constantly experimenting with a new and unique sounds.

It seems like sample-based instruments and plug-ins are more popular than ever.

The larger your library is, the more RAM you’ll need to keep your workflow running smoothly.

We don’t advise trying to accomplish all of this with less than 16 GB of RAM.

Many producers have a home studio where they record and mix songs for artists. There are that are even artists themselves.

Audio production can be a RAM drainer.

If you’re a Pro Tools user or planning on becoming one, 16 GB of RAM is the lowest amount you should consider.

32 GB of RAM or More: Why it’s Necessary in Some Cases

Rarely have I met or seen a music producer who only makes beats.

Having a lot of RAM will help you run multiple programs at once seamlessly.

This flexibility is why many producers buy a computer with 32, 64, and even 128 GB of RAM.

But is 128 GB and even 64 GB of RAM necessary for music production?

Probably not, in most cases.

How to Check RAM on a Computer?

Checking how much RAM you currently have is simple.

On an Apple computer, click on the Apple icon in the top left-hand corner and select “About This Mac.”

Look for the line that starts with “memory.”

Here you’ll see how much RAM your computer has, RAM speed measured in Megahertz (MHz), and the type of RAM your system has, such as DDR3 or DDR4.

This process is similar for PCs.

Right-click the Windows icon and select “System.” The system menu will provide the same memory information listed above.

How to Upgrade RAM

In many cases, you can upgrade RAM in a PC.

Here’s an overview of how to upgrade your RAM if your amount is insufficient.

As you can see, RAM isn’t difficult to upgrade.

If you’re shopping for a PC on a budget, you should prioritize getting a powerful processor and upgrading RAM later.

However, when you combine an intensive production workflow with multiple demanding programs, you’ll need the best CPU and as much RAM as you can afford.

DDR4 is the latest generation of random-access memory. It’s a more efficient and faster variation of the previous DDR3 version.

If you purchase an older computer (released before 2017), check to make sure it has DDR4 RAM.

Most DAW developers recommend at least 8 GB of RAM.

You can do a lot in music production with just 8 GB and a strong processor.

If you’re a beginner, on a budget, or have a simple/minimalist workflow, you can start with 8 GB of RAM and upgrade your system as you develop.

However, we highly recommend at least 16 GB to give yourself some headroom.

It’s actually better to have 32 GB or more when you combine music production with other activities that surround it like audio production, editing, streaming, etc.