Mac vs PC for Music Production: Why Mac is Better 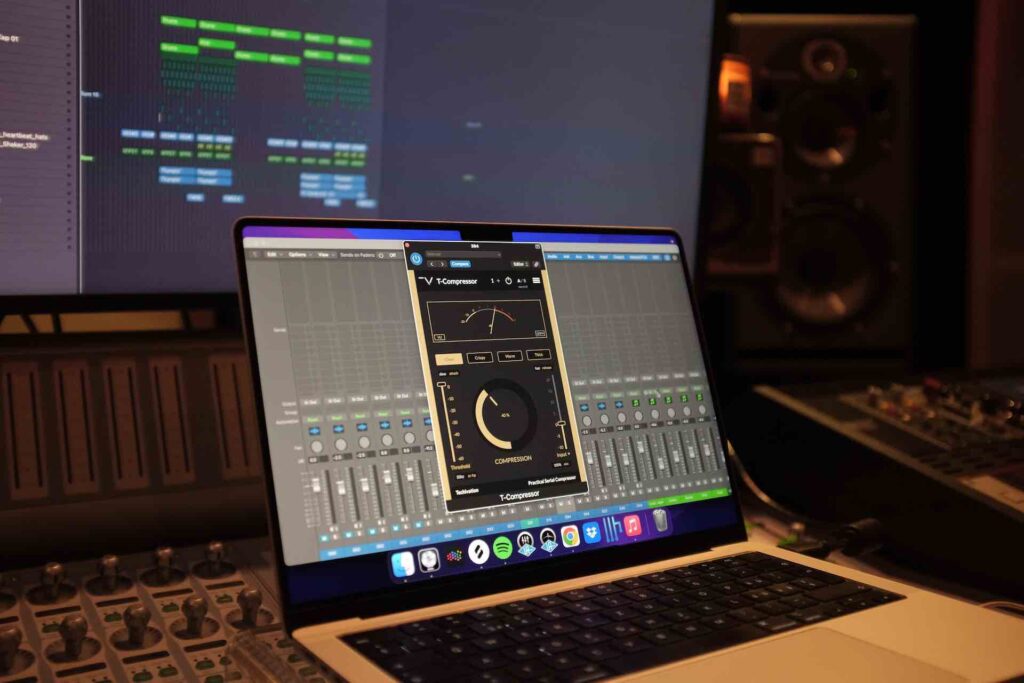 The debate between Mac and PC users has been around for decades.

When it comes to music production, there are pros and cons to using either type of computer.

Here’s a look at some of the key differences between macs and PCs when it comes to music production:

Differences Between Macs and PCs

Macs tend to be more expensive than PCs, but you often get what you pay for in terms of quality and features.

PCs can be cheaper upfront but may not last as long as Mac computers.

However, many music production software programs work with Mac and PC, so this shouldn’t be a deal-breaker.

Some people find that Macs are easier to use than PCs, while others find the opposite true.

This category comes down to personal preference.

You can upgrade a PC’s components, giving you more control over the power and speed of your machine.

Macs are not as easily upgradable, so you’ll have to decide if that’s important.

Mac or PC for Music Production: Which is Better?

There is no right or wrong answer when choosing between a Mac or a PC for music production.

It’s all about finding what works best for you and your needs.

However, we prefer Mac computers since they’re more reliable, durable, and easier to use.

Why Mac is Better

Apple computers tend to have high-quality specs, making them more durable than the average PC.

Apple’s transition to M1 chips has allowed them to design energy-efficient computers with less fan noise and better thermal control.

PCs are a great option as well.

However, Mac computers tend to be more reliable.

From our experience, PCs tend to require more maintenance to avoid viruses.

But what makes PCs so great is you can customize them.

It’s possible to build a PC or upgrade RAM and other components over time, which isn’t the case for Macs.

Benefits of Using a Mac for Music Production

It’s common for a Mac to last 5-10 years without viruses or crashes.

Logic Pro is only compatible with Apple computers.

Some argue that Logic is just as powerful as Pro Tools for a fraction of the cost.

The new Apple M1 chip is a game-changer.

Apple will continue to build upon M1 chips and create better variations in the future.

The Downside of Using a Mac for Music Production

There isn’t much of a price difference when comparing Apple and PCs with the same specs.

The difference is that Apple only offers computers with high-quality specs.

For example, an entry-level Mac can cost you no less than $1000.

Depending on your workflow, you can find a serviceable PC for music production for between $700-$850 – maybe even lower.

The Benefit of Using a PC for Music Production

Over time, you can upgrade RAM in a PC but not in a Mac.

This flexibility makes PCs a great option for producers on a budget.

When you first start producing, it’s hard to know how much RAM and storage you need.

As you develop, you can upgrade these components.

Upgrading is a much better option than having to buy a better computer.

Some producers even choose to build a PC from scratch.

If you prefer a DIY approach, consider going with a PC.

The Downside of Using a PC for Music Production

For producers who prefer to “plug and play”, Apple computers are the better option.

Macs are known to be more user-friendly than PCs and come with a built-in DAW, GarageBand.

PCs are typically more affordable than macs, so if you’re working with a tight budget, that may be the way to go.

However, macs generally have fewer viruses and malware than PCs, making them more durable and reliable.