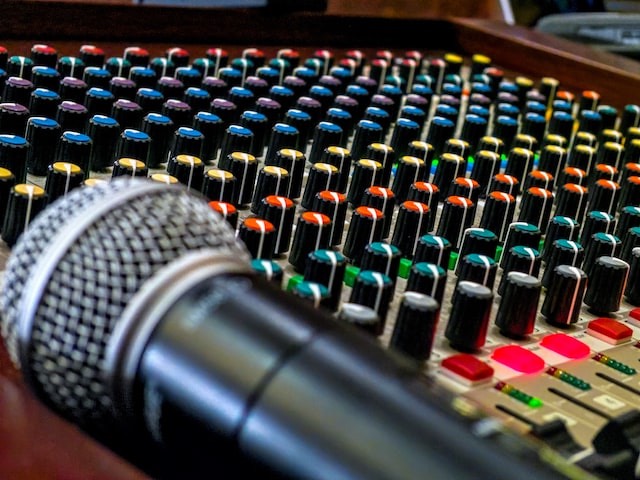 An audio interface is an important piece of equipment for any musician or audio engineer.

It’s a device that connects microphones, instruments, and other sound sources to your computer so that you can record and edit digital audio.

While audio interfaces are essential for many recording applications, there are alternatives.

In this article, we’ll look at three alternative devices you can use instead of an audio interface for recording vocals and instruments: audio mixers, USB microphones, and guitar amps.

Here are the top three devices you can use instead of an audio interface:

The most common audio interface alternative is a USB audio mixer.

An audio mixer is a device that allows you to control the volume and other settings of multiple audio sources at once.

It can be helpful when you want to create a custom mix of music or when you need to adjust the sound levels of different devices in your home studio.

While a USB mixer is like an audio interface, it offers more control over your mix while recording.

For instance, mixers tend to have a 3-band EQ, AUX and EFX sends, a stereo equalizer, gain controls, and volume faders. It’s like having a physical version of the mixer in your DAW.

These controls give you more control over the tone of your audio signal before it enters your computer. For example, if you want to add a bit of warmth to your vocals, you can use the EQ on your mixer to do so.

Most audio mixers have various input and output options, including XLR, 1/4″ TRS, and RCA inputs.

However, it’s important to note that mixers don’t have instrument inputs.

The best way to connect an instrument (i.e., guitar) to a mixer is to use a DI Box. A DI Box will convert your guitar signal into a mic signal you can send to your mixer’s mic input.

The main advantage of using a USB mic over an XLR mic is convenience.

A USB mic has a built-in audio interface, eliminating the need for a standalone unit.

This convenience can be an advantage if you’re starting out, as it simplifies the recording process and reduces gear costs.

However, a standalone audio interface has a dedicated audio converter that samples audio at a higher rate, resulting in cleaner, more accurate recordings. And because they bypass a computer’s internal sound card, they can produce higher-quality audio.

When it comes to amplifying your guitar signal, there are a few different options available to you.

Two of the most popular choices are audio interfaces and guitar amps. So, what’s the difference between the two?

An audio interface is a device that connects your guitar (or other instruments) to your computer, allowing you to record its output signal.

Guitar amps, on the other hand, amplify guitar signals and project them through a speaker.

They’re typically used for live performances but can also be used for recording purposes.

Both audio interfaces and guitar amps have their benefits and drawbacks.

Audio interfaces tend to be more versatile, as they can be used for a wide range of instruments and can offer different outputs (such as XLR and 1/4″).

While an audio interface is the best way to get professional-quality recordings, there are a few other devices you can use in its place.

For example, you can use a simple USB microphone for recording vocals and instruments.

Additionally, an audio mixer routes signals from different sources to a computer for recording.

Finally, you can use a guitar amp to record electric guitars directly into a computer.

While these methods may not be as ideal as an audio interface, you can still use them to get good-quality recordings.