Phantom Power vs Audio Interface: Everything you Need to Know 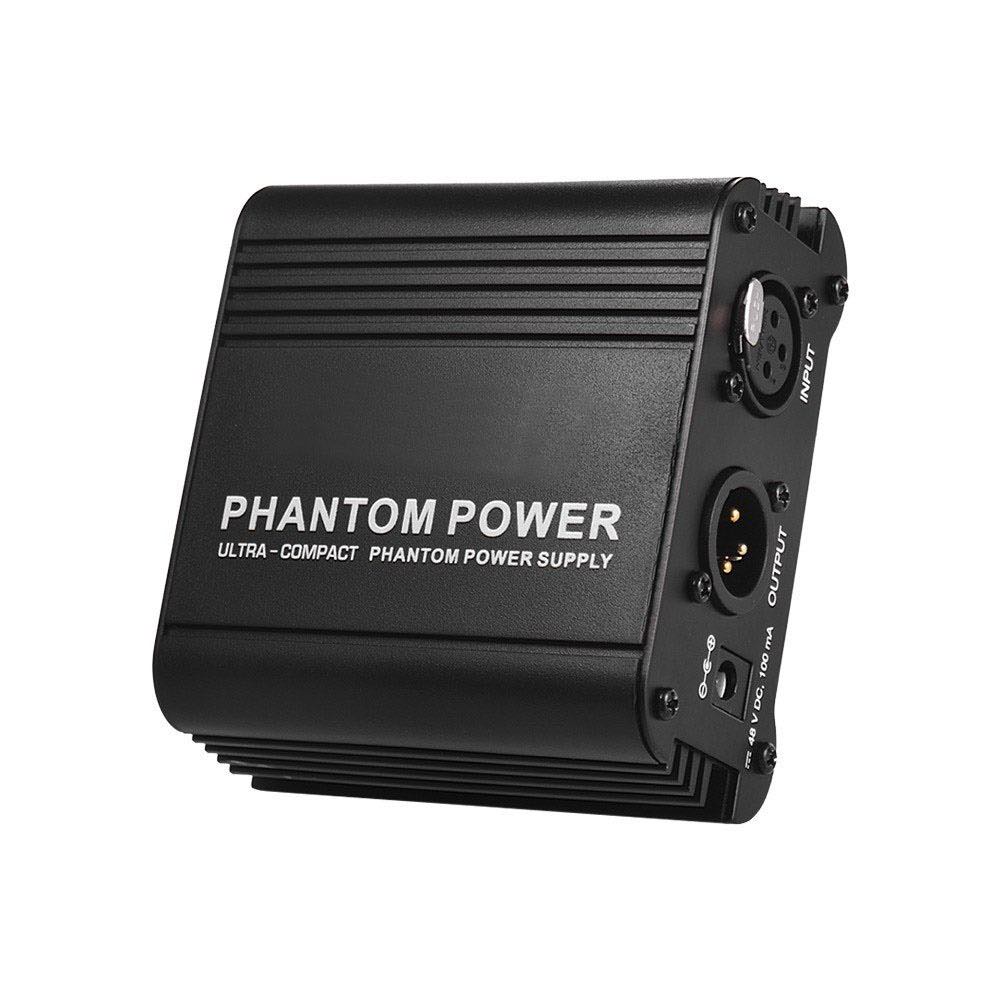 Phantom power and audio interfaces are essential for any musician or recording engineer.

But what’s the difference between them?

Phantom power is a feature included with most audio interfaces that allows you to power condenser microphones.

However, phantom power is also available in other audio devices such as mic preamps and mixers.

You can even purchase a dedicated phantom power supply unit.

Here’s a quick read on everything you need to know about the difference between phantom power and audio interfaces.

Phantom power is a DC voltage that an audio device supplies to condenser microphones. On the other hand, an audio interface is a device that converts analog audio signals into digital signals and vice versa.

So, which one should you use?

It really depends on your needs.

An audio interface will probably be all you need if you’re just getting started.

But phantom power may be necessary if you want to add more sophisticated microphones to your setup.

What is +48V Phantom Power?

+48V phantom power is commonly included in audio interfaces and other audio equipment.

It allows a condenser microphone or other device with similar power requirements to draw power from the +48V supply.

This +48V supply provides a reliable and consistent power source for your microphones – ensuring optimal performance.

Some models have a phantom power switch, which allows you to turn the +48V supply on or off as needed.

How Does Phantom Power Work?

Phantom power provides power to certain types of microphones and other audio equipment.

It involves using a balanced audio cable to deliver power to a device, typically through an XLR connector.

The principle behind phantom power is simple – it uses the same wires that carry your audio signals to carry the DC voltage needed to power your condenser mic.

The +48V power supply applies a voltage between the two signal wires – with one wire being at a positive voltage and the other being at a negative.

Because the voltage is applied between the two wires, it is said to be “phantom” – as it’s not directly connected to either of the signal wires.

As a result, it doesn’t affect the audio signal in any way.

Phantom power voltage is typically around 48V, although it can range from 12V to 52V.

When Do you Need a Separate Phantom Power Supply?

When connecting a condenser microphone or other device that requires phantom power to equipment that does not have this feature, it’s essential to use a separate +48V power supply to provide the necessary voltage.

Otherwise, your microphone will not function properly.

Is there anything else I need to know about phantom power?

Yes – it is important to know that not all devices are compatible with phantom power.

In particular, dynamic microphones do not require power and should not be connected to a phantom power supply.

An audio interface is a device that connects musical instruments or other audio sources to a computer.

It allows musicians and other audio artists to record and edit digital audio files on their computers, tablets, or mobile devices.

Some also have MIDI ports for connecting digital keyboards and vintage MIDI controllers.

How to Find the Best Audio Interface

Audio interfaces vary in price and features, from simple units with a few basic inputs and outputs to complex devices with multiple inputs, outputs, and built-in effects.

Many audio interfaces can be powered by a USB or Thunderbolt port on a computer (bus-power), while others require an external power supply.

Some models also include phantom power for condenser microphones, direct monitoring for low-latency recording, and other essential features for audio production.

When choosing an audio interface, it’s important to consider the type of computer you’re using (PC or Mac), the software you’ll be using (DAW or other recording software), and the number of inputs and outputs you’ll need.

We also suggest making sure that the audio interface you choose is compatible with your computer’s operating system.

A simple audio interface with a few basic features should suffice if you’re just starting out.

As you become more experienced, you may want to upgrade to a more advanced model with more features.

Ultimately, the best audio interface is the one that meets your needs and budget.

If you need help choosing between interfaces, check out our in-depth reviews on various entry-level audio interfaces.

Do all Audio Interfaces have Phantom Power?

No, not all audio interfaces have phantom power. Most do, but some don’t. It depends on the model.

You can tell if an interface has phantom power by looking at its specs list, specifically in the mic input section.