Focusrite Clarett 2Pre USB vs Thunderbolt: Everything you Need to Know 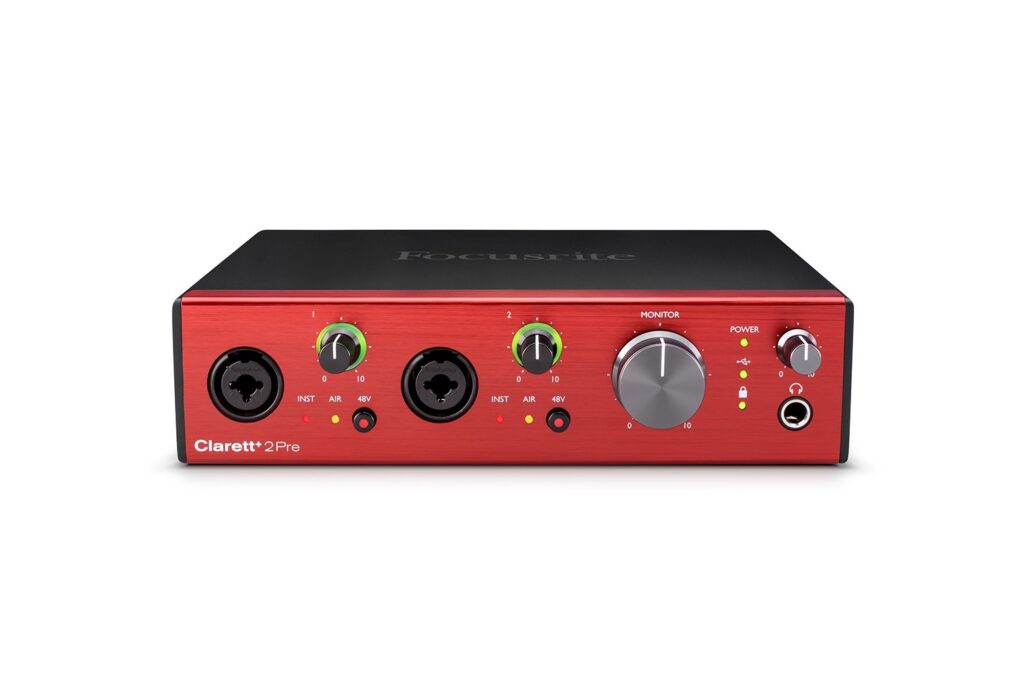 Are you interested in the Focusrite Clarett 2Pre, and don’t know whether to get the USB or Thunderbolt version?

Focusrite has made this decision much easier since it discontinued the Thunderbolt model.

However, many producers still wonder about the difference since you can still buy a used Thunderbolt Clarett 2Pre online.

We’ll explain the difference between the USB and Thunderbolt models and help you decide which option is better.

With that said, Focusrite has discontinued the Thunderbolt Clarett 2Pre, but the USB model is still one of the best interfaces at its price point.

If you’re looking for a high-quality audio interface that can connect to your computer via USB or Thunderbolt, then the Focusrite Clarett 2Pre is an excellent option.

The Clarett 2Pre USB is an excellent choice if you need a reliable interface that you can connect to any computer.

Overall, the 2Pre USB and Thunderbolt are virtually the same interface.

Both versions offer the same sound quality and features, but there are some key differences to consider before making your purchase.

However, if you’re interested in this interface and prefer a Thunderbolt connection, you can buy a used model on several resale platforms.

In our opinion, the difference between the Thunderbolt and USB units isn’t noticeable enough to where it’s worth buying a used version of the 2Pre. But it’s an option.

What is a Thunderbolt Audio Interface

A thunderbolt audio interface uses the thunderbolt protocol to provide a high-speed connection between your devices.

Thunderbolt is a high-speed data transfer protocol developed by Intel and Apple.

It debuted in 2011 and has become the standard for connecting high-performance audio devices to computers.

Even though Focusrite has discontinued the Thunderbolt Clarett 2Pre, many high-end interfaces use this connection type – such as Universal Audio’s Apollo Twin.

If you’re familiar with Focusrite’s Scarlett interfaces, its Clarett 2Pre has similar features with better audio quality – and can support up to eight additional ADAT channels.

The Scarlett 2i2 is a great entry-level interface, but the 2Pre is top-notch for larger recording sessions.

Overall, it’s easy to use and comes with all the essential features for audio production, making it an excellent choice for both beginners and experienced users.

The Focusrite Clarett 2Pre has a red and black metal chassis, which looks great and helps protect your investment.

Each control is well placed and labeled, making it very easy to find what you’re looking for on the fly.

We’re also fans of the 2Pre’s large volume knob since it’s the control we tend to use the most.

The Clarett 2Pre has two mic/instrument/line inputs with corresponding gain controls – supplying up to 57dB of gain to each channel. The mic preamps in these inputs are very low-noise with an equivalent input noise (EIN) of around -129dBu.

Next to each input are two LED indicators that tell you whether Instrument and Air mode are enabled – along with a button to toggle phantom power for each input separately.

You can change each ¼ input into a line or instrument input, activate Air Mode, and control other features in the included Focusrite Control software.

Air mode changes the frequency response of each input to highlight high frequencies in your audio.

In other words, when you enable Air mode, your audio will sound “brighter” and more “airy.”

You’ll get three more LEDs on the right that show the power status, the presence of a USB connection, and the internal clock’s status when working with an ADAT connection.

You’ll find four ¼-inch line outputs on the back and a MIDI In and Out.

The additional line output makes the 2Pre great for connecting an extra pair of reference monitors or a headphone amp.

Next to the Optical input, you’ll get a Thunderbolt or USB-C port depending on your chosen model.

Both models also have a 12V DC power socket and a power switch.

In terms of audio quality, this unit doesn’t disappoint.

The Clarett 2Pre delivers pristine sound quality thanks to its 24-bit/192kHz converters and flat frequency response across all input and outputs.

Its converters provide a clean and accurate representation of your audio, ensuring that your recordings sound natural and realistic.

The 2Pre outshines most audio interfaces with its extremely high 119dB dynamic range.

In short, interfaces with a higher dynamic range provide additional headroom while recording.

In this case, you can think of headroom as a buffer between your average recording level and the loudest sound your interface can capture before your audio distorts.

With a higher buffer, you’ll have more leeway when setting gain. You’ll also achieve a cleaner and more polished sound by avoiding clipping and distortion.

One thing we would’ve like to see is more controls on the actual interface.

You can control direct monitoring, Air mode, and other feature through the Focusrite Control software.

However, with many other interfaces like the Scarlett 2i2, you can control these settings directly through the unit.

Additionally, a similar price unit like the Universal Audio’s Apollo Solo has level meters and built-in DSP effects like reverb, EQ, and compression.

In terms of audio quality, the Clarett 2Pre is second to none at its price, but you’ll find more features in slightly more expensive units.

The main difference between Focusrite’s Clarett 2Pre USB and Thunderbolt is the connection type. One uses USB, and the other uses Thunderbolt.

Thunderbolt connection is popular among high-end audio interfaces since it operates at higher speeds than USB.