Single-Core vs Multi-Core Performance in Music Production: Everything you Need to Know 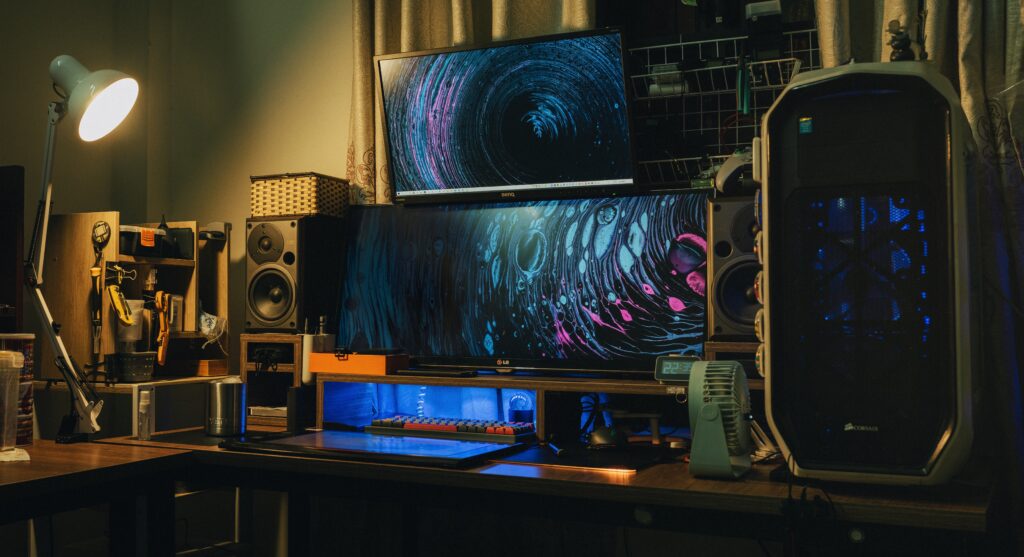 To find the best music production computer, you’ll need to compare the single-core and multi-core performance for different models.

These metrics give you valuable information about a computer’s central processing unit (CPU) quality.

But what if one CPU has more cores, but lower single-core performance than another?

We’ll fill you in on everything you need to know about single-core vs. multi-core performance in music production.

A core is a processor within a central processing unit (CPU) – the brain of a computer.

It influences how fast and efficient a system will operate while engaged in tasks like music production, gaming, video editing, etc.

Your computer has to “process” information or read data and initiate an everything that happens on your computer- in other words, your CPU allows programs to run and operate.

Before computers became so advance, each CPU had one core.

Computers these days have multiple processors working together on different tasks, hence the name multi-core.

In music production, the ideal computer will have at least four cores.

What is Single-Core Performance

Single-core performance measures how a CPU’s performs when it’s only using one core.

Why Single-Core Performance is Important for Music Production

In your digital audio workstation (DAW), your CPU processes each stream of audio through one core at a time.

Think of a audio stream as one track or channel in your DAW.

You can add more plug-ins to a single-channel when your CPU has high single-core performance – before causing CPU overload.

But don’t take our word for it.

Image-line, developers of FL Studio state, “If one core becomes overloaded, it doesn’t matter how many cores you have, there will be audio glitches in real-time playback.”

This statement reinforces that you shouldn’t compromise single-core performance for more cores.

To further this point, let’s look at how single-core performance affects music production in Ableton.

Your CPU can only process a single track in Ableton through one core at a time.

In other words, using one track with CPU-intensive virtual instruments (VSTs) and effects can result in CPU overload if your processor has subpar single-core performance.

So does this mean single-core performance is more important?

No, a quality processor for music production will have a nice balance between single-core performance and more cores.

What is Multi-Core Performance

A computer with a multi-core CPU can efficiently run multiple tasks simultaneously.

This ability increases the overall performance of a CPU when multitasking or operating demanding programs and applications (i.e., DAWs, plug-ins, VSTs, etc.).

More cores result in better parallel performance – meaning your CPU can split up complex tasks in your DAW and run them simultaneously on multiple cores.

Music/audio production is one of the most CPU-intensive tasks you can do on a computer.

A CPU with more cores and higher multi-core performance can delegate tasks to each core which frees up processing power and allows tasks in your DAW to run smoothly.

Now that you know why single-core and multi-core performance is important in music production, let’s discuss how to measure them.

How to Measure Single-Core and Multi-Core Performance: CPU Benchmarks

At this point, you’re probably wondering how to determine a CPUs single-core and multi-core performance.

We measure them using a CPU benchmark.

A CPU benchmark scores/grades a CPU based on performance tests.

It gives us a standardized method for comparing multiple CPUs to determine which one is better.

A popular CPU benchmark is Geekbench – a platform that lets you search a particular CPU or computer and compare its single and multi-core performance scores against others.

[Click here for the 12 best CPUs for music production]

If this is your DAW of choice, here’s how they rank multi-core performance scores:

Where does your computer’s multi-core performance fall?

Visit Geekbench.com and find out.

Single vs. Multi-core Performance: How to Find a Great Balance

As a rule of thumb, for music production, you’ll need at least four cores with the highest single-core performance for your budget.

More cores are better, but not if you have to compromise single-core performance.

Remember, an 8-core CPU with lower single-core performance than a 6-core CPU isn’t better just because it has more cores. The best CPUs will have a nice balance between the two.

However, there are other factors your need to consider that influence the overall performance of a CPU.

What Makes a CPU Good for Music Production?

Cache, clock speed, and multithreading are also important factors for determining the quality of a CPU.

Clock speed measures a CPUs speed or how fast it can process cycles of information.

In other words, how many times a CPU can receive and interpret (process) instructions per second.

Clock speed is measured in Gigahertz (GHz) per second. Generally, the higher the clock speed, the faster the processor.

A base clock speed of 2.0 GHz is the minimum recommendation for a CPU in music production.

Cache is a form of memory that’s faster than RAM. It allows a CPU to retrieve data quickly for repetitive processes, increasing its overall efficiency and speed.

Newer generation Intel Core i7 CPUs tend to have more cache than core i5 CPUs.

When researching CPUs, you’ll come across hyper-threading or simultaneous multithreading.

It allows a core to split to increase performance.

Threads allow a CPU to perform tasks simultaneously, increasing the efficiency of a CPU.

Finding the best CPU for your situation will make your production process more enjoyable.

No producer wants to deal with lags and CPU overload.

Once you narrow down your choices, you can determine which one is best for you by comparing single and multi-core performance on Geekbench.

This process will ensure that you get the best computer/CPU for your budget.

[Read more to learn the best specs for music production]