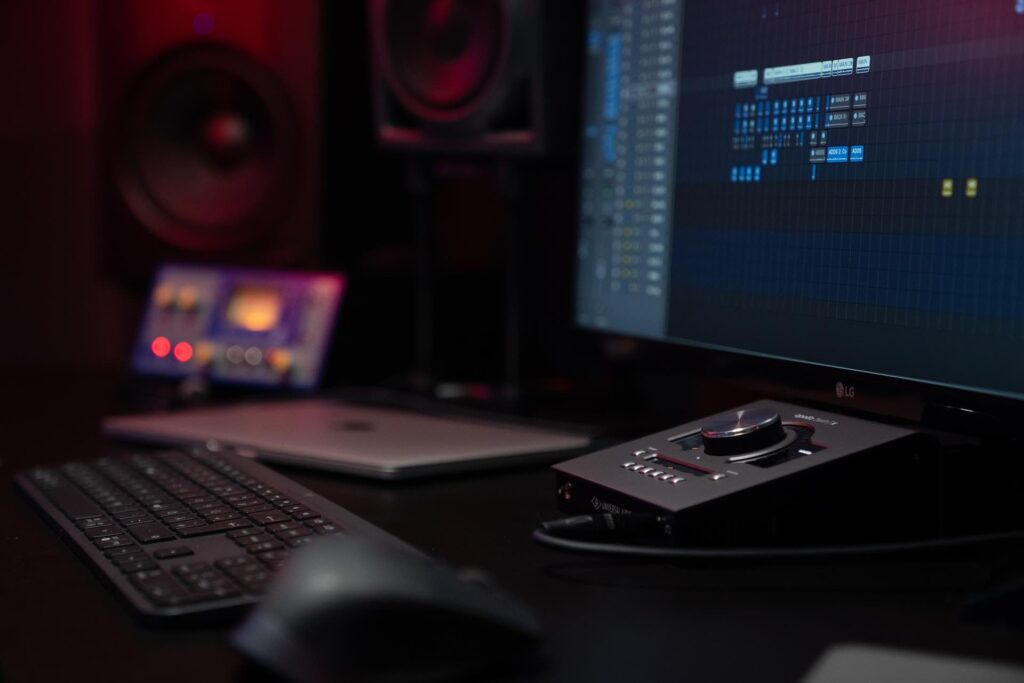 If you’re looking for an audio interface, you’ve probably come across the terms USB and Thunderbolt. But what’s the difference between these two types of interfaces?

Here’s everything you need to know about USB vs Thunderbolt audio interfaces.

A USB audio interface is a device that connects to your computer via the Universal Serial Bus (USB) and allows you to record and play back digital audio.

Thunderbolt audio interfaces are similar, but they connect through a Thunderbolt port, which offers faster data transfer speeds.

Both types of interfaces can be used to connect microphones, instruments, and other audio gear to your computer so you can record and edit music.

USB or Thunderbolt: Which One Should You Choose?

So, which is better – USB or Thunderbolt?

That really depends on your needs.

If you’re just looking to do some basic recording at home, then a USB audio interface will probably suffice.

However, if you’re looking to do more professional-level recording or if you need high-speed data transfer for video editing, then a Thunderbolt audio interface would be a better option.

What is a Thunderbolt Audio Interface?

Thunderbolt is a high-speed I/O technology developed by Intel and Apple.

Thunderbolt 3.0 is the one of the latest versions of the technology and supports speeds of up to 40 Gbps (GigaBytes Per Second).

Thunderbolt 3 offers a two-lane display port allowing you to daisy chain of up to six devices, and an enhanced, power delivery specification that provides up to 100 watts of power to attached devices.

In addition, you can use Thunderbolt 3 to connect a single 5K display or two 4K displays at 60 Hz.

What is a USB Audio Interface?

USB is the most common connect type used in audio interfaces.

The main difference between USB and Thunderbolt audio interfaces is the speed at which they transfer data.

Thunderbolt is much faster than USB, meaning that it can handle more data-intensive tasks. This makes it ideal for recording music with high-quality audio equipment.

However, Thunderbolt models tend to be more expensive than their USB counterparts.

Which Audio Interfaces Use Thunderbolt Connection?

There are a few audio interfaces that use thunderbolt connection, but not many.

Some of the more popular ones include the Universal Audio Apollo Twin and the RME Babyface Pro.

Thunderbolt is a newer technology, so not all audio interfaces have adopted it yet.

However, more and more manufacturers are beginning to include thunderbolt compatibility in their products.

In fact, it is one of the most popular ways to connect audio interfaces to computers.

USB 2.0 has a maximum transfer rate of 480Mbps, which is more than enough for high-quality audio recordings.